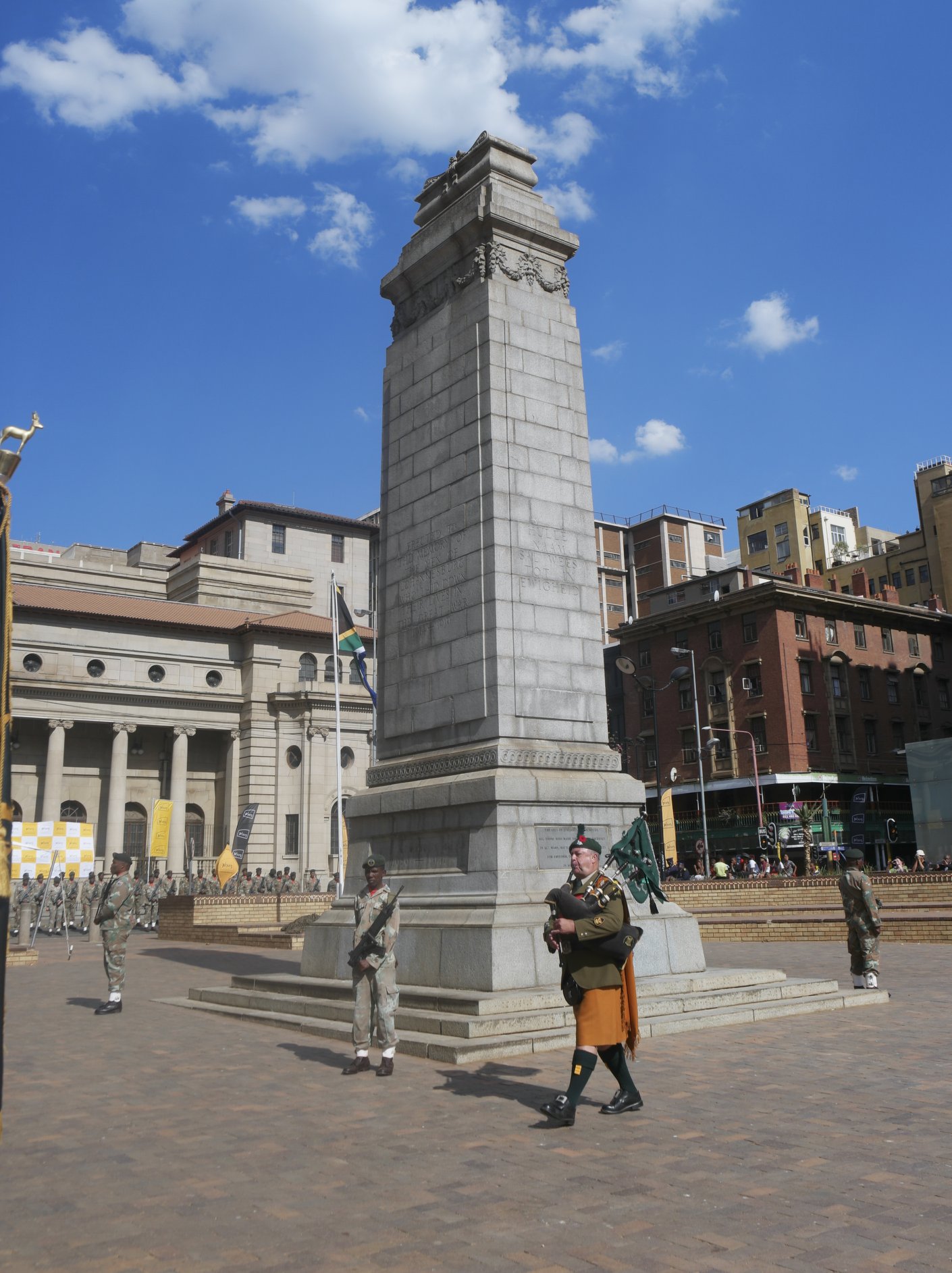 After six years of consultation and engagement 52 reserve units of the South African National Defence Force (SANDF) have been renamed under the Army’s Name Review, one of them: the South African Irish Regiment. The new names were announced on 7 August. A bulletin stated the new names reflect: “the military traditions and history of indigenous African military formations and the liberation armies involved in the freedom struggle” and the: “unit names adopted are appropriate to the new South Africa and enhance cohesiveness and regimental pride within the Reserves.” The South African Irish Regiment, which is part of the SANDF Defence Reserves Division has been renamed in honour of prominent liberation struggle figure and last surviving Rivonia Trialist: Colonel (Dr) Andrew Mokete Mlangeni.

It was the aim of the name review process to address this omission in a balanced and innovative way.”

Some of the units are the oldest in the SANDF, including: the Umvoti Mounted Rifles, Durban Light Infantry, Kimberley Regiment, and the Buffalo Volunteer Rifles in East London. The oldest unit, the Natal Carbineers, for example, was formed in 1855 and renamed the Ingobamakhosi Carbineers. The South African Irish Regiment was formed on the outbreak of the Great War when when three officers (Major George Twomey, Captain J. Jeoffreys and a Captain MacDonald) met at the Irish Club in Johannesburg.

In 1914 the regiment adopted the motto “Quis separabit?” (“Who will separate us?”), during World War II this changed to “Faugh-a-Ballagh” (“Clear the Way”). The regimental cap badge consisted of the Irish harp and the regimental motto. They originally marched to The County Down Militia, this later changed to Killaloe.

The South African Irish Regiment served with distinction during the Great War and World War II. The regiment transformed throughout the decades, it gained the Freedom of the City of Johannesburg, took part in the Border Wars, and by the early 2000 its members were on deployment with the UN in the Democratic Republic of China.

Along with their other reserve units, the South African Irish Regimental colours and battle honours will be laid up in parades phased over the coming three-years.