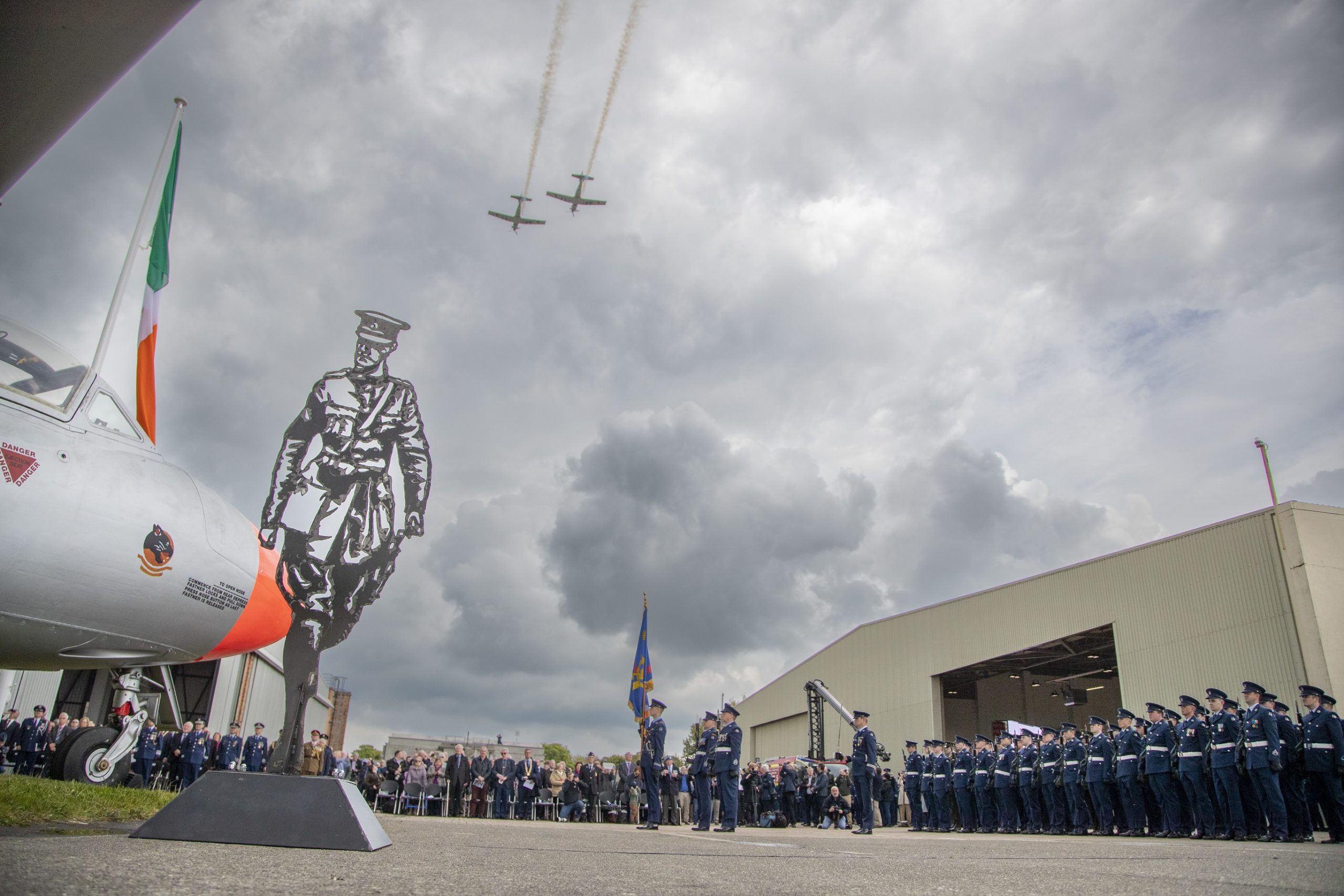 Earlier today a centenary ceremony to mark the handover from the Royal Air Force (RAF) in 1922, was held at the home of the Irish Air Corps, Casement Aerodrome, Baldonnel, Dublin. The Defence Forces Chief of Staff, Lieutenant General Seán Clancy, the General Officer Commanding Air Corps, Brigadier General Rory O’Connor and over 1,000 serving and former members of the Air Corps attended the ceremony.

The ceremony involved a representative body of Air Corps personnel symbolically marching through the original main gate at 12.00pm. A wreath was laid to commemorate all those who died in service throughout the century followed by the raising of the National Colours and a ceremonial flypast.

Speaking at the event General Officer Commanding Air Corps, Brigadier General Rory O’Connor remembered those who came before “Irish forces marched in and took over the Camp on 3 May 1922 and since that day, Baldonnel has been the home of the Air Corps. The dedication of Air Corps personnel, the missions completed, and the lives saved, have come about through the people who have walked through these gates and gave their years’ of service, most of which can be counted in decades.”
He Continued “Looking back to what Baldonnel was like 100yrs ago, I have no doubt that those early members of the Air Corps would be very proud of the organisation that the Air Corps has become, and of all that it has achieved over the course of its first 100 years”.