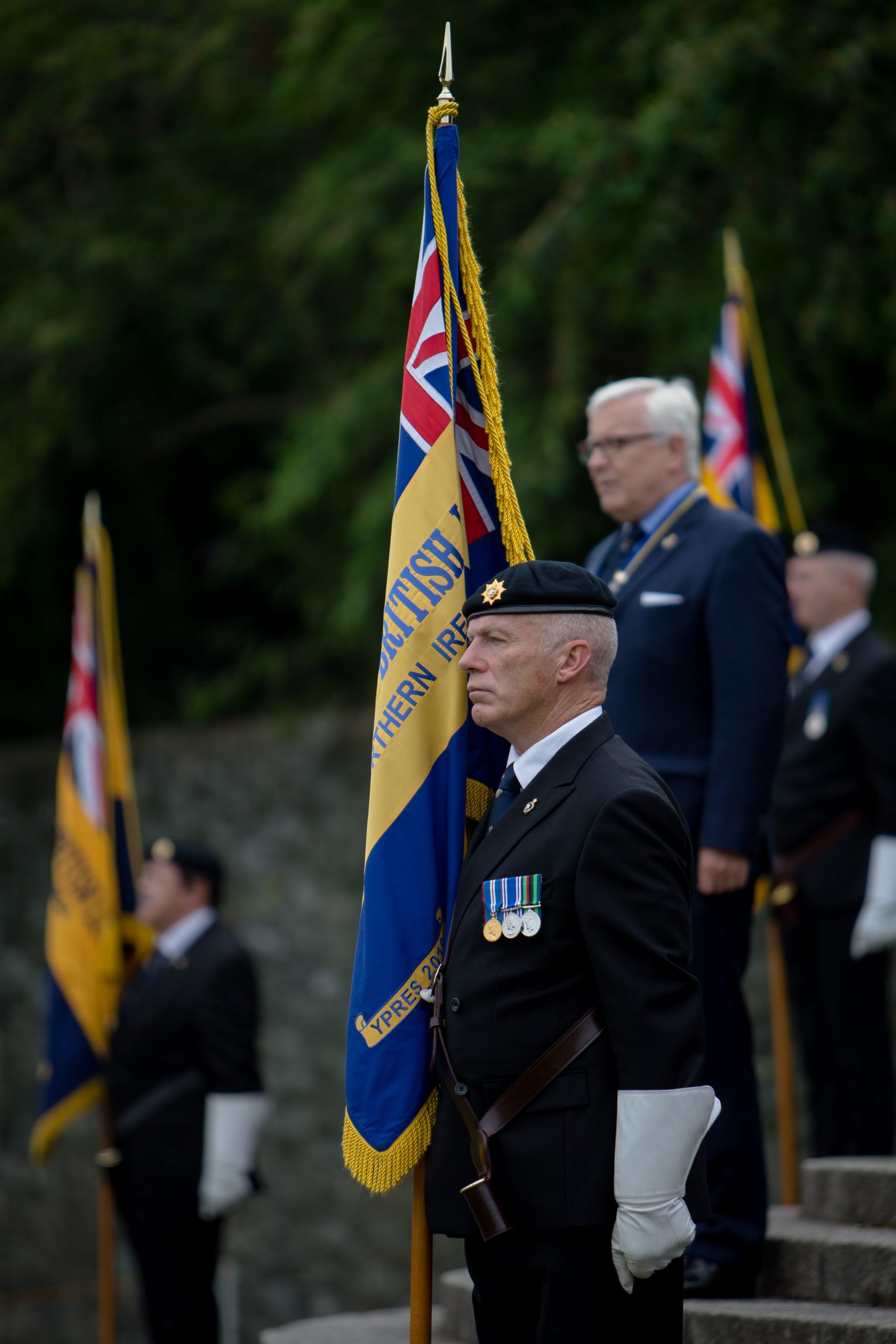 Pipers, Buglers, Trumpeters, Cornet Players, Town Criers and Churches around the world took part in the important commemoration of the 75th anniversary of Victory over Japan Day, better known as VJ Day: the day the war not only ended in the Pacific, but also the day the Second World War ended. Organised by Pagentmaster Bruno Peek LVO OBE OPR and his dedicated team, the celebrations ensured this anniversary was commemorated. The past and present veterans of VJ Days along with their families will never be forgotten, even in the difficult times the world is currently going through due to the virus affecting us all.

Bruno Peek said: ;While we must remember and commemorate those who gave their lives or were gravely wounded during years of war, I believe VJ Day 75 is also an opportunity to celebrate the peace that came to us all at the end of the Far East campaign and of WW II.
VJ Veterans and families have always felt they were the ‘forgotten army’ so I felt it important we let them know, and show them, that they are not and never will be forgotten,’.

As the day dawned around the world, hundreds of Pipers will played Battle’s O’er, from safe locations of their choice. This traditional march played at the end of a battle officially started VJ Day commemorations. The first pipes sounded in New Zealand and ended 22 hours later across the Pacific on the Island of O’ahu, Hawaii. The pipes rang out on the hour as the clock strikes 06:00am local time from Nepal to Brazil and Ireland to South Africa. Aligning with national events in Australia, pipers there were asked to pipe at memorials at 09:30. Two pipers played at the highest war memorial in England, the summit of Scafell Pike. Pipers Robert R. Procter – lead piper of VJ Day 75 and Corporal Robert Cunningham, Royal Marines, with the generous support from Lakeland Mountain Guides, headed up Scafell Pike through the night to arrive at the top just before the sunrises when the time the pipes sounded across these islands.

At 10:58am around the United Kingdom, Channel Islands, the Isle of Man and Ireland hundreds of buglers, trumpeters and cornet players played the Last Post from safe locations of their choice. This concluded with a two-minute silence at 11:00am, a wreath laying and Reveille.

At 11:10 75 Town Criers, one for each of the 75 years since VJ Day will undertook the ‘Cry for Peace Around the World’ from safe locations of their choice in memory of the millions of those at home and abroad that lost and gave so much to enable us to share and enjoy the freedom we have today. This was followed by the ringing of the ‘Cry for Peace’ from church bells.

The day of remembrance was concluded at 20:18pm with the sounding of ‘Sunset’.

The Irish contribution to VJ Day 75 was devised and planned by the Royal British Legion Republic of Ireland. Brian Duffy, Chairman of the Royal British Legion in the Republic of Ireland, said: ‘Many thousands of Irish men and women fought with the Allies in WW II, including in the Far East so it’s both wonderful and right that we here in Ireland contribute to the commemoration and celebration of VJ Day 75 being embraced by so many around the world’.

Commemorations in Ireland centered around the Irish War Memorial Gardens Islandbridge, Dublin. At 06:00am piper Anthony Byrne of the Royal British Legion played from the Great Cross while a piper of the 2nd Battalion Royal Irish Regiment played at Hillsborough Castle in Northern Ireland.
Following the two minute silence and Northern Ireland Chairman John Stewart recited the Kohima Epitaph, which in turn was followed by the ‘Cry for Peace Around the World’ by Ciaran Crone: ‘Éistigí! éistigí! éistigí’. The VJ 75 peal from Ireland’s National Cathedral of St. Patrick’s in Dublin commenced at 11.12am.

That evening ‘Sunset’ was sounded by Bill Powderly.