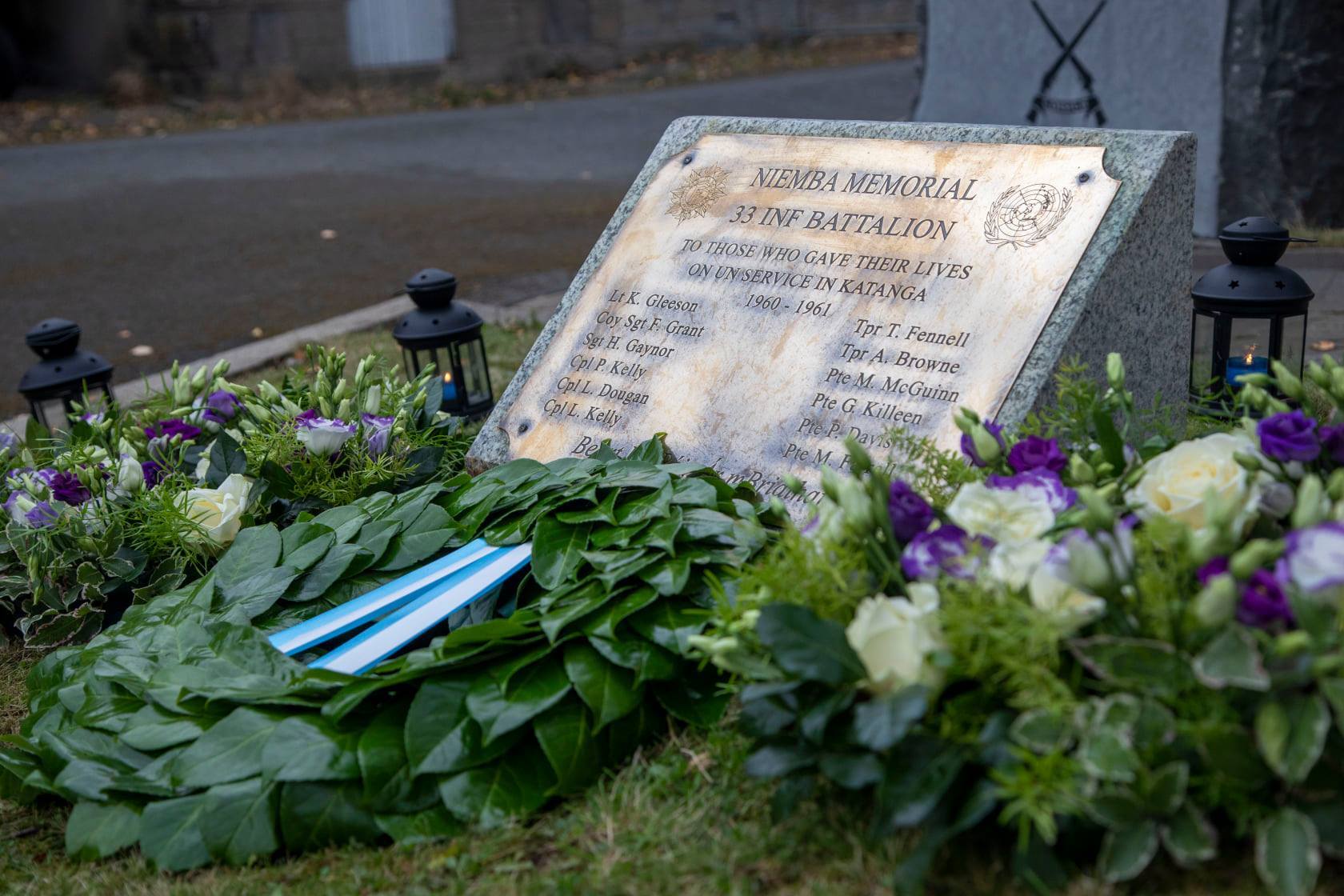 Today marks the 60th anniversary of the Niemba Ambush; in which nine Irish peacekeepers serving in the Congo were killed.

Niemba is a small town in Katanga, a province in south-east Congo. Following secession its local population of Luba, or Baluba people, did not support the secessionists. In October the area was attacked by Katangese gendarmes and European mercenaries who mascaraed many of the local Baluba people. Irish troops were sent to secure and stablise the area. Many of the villages were deserted. A search of the area identified a damaged bridge over the Luweyeye River. On 8 November an eleven man patrol from the 33rd Infantry Battalion ONUC, under Lt Kevin Gleason, was sent to secure the bridge. The patrol was stopped by a road. Dismounting they were approached by some 100 Lubas. Lt Gleason and Sgt Hugh Gaynor attempted to talk to the group peacefully, but were attacked. The patrol was forced to take cover. However, due to sheer numbers the Irish peacekeepers were overrun.

The Defence Forces, along with veterans, paid their respects to the their fallen comrades at a commemoration yesterday at the memorial garden in Cathal Brugha Barracks, Rathmines.

Wreaths were laid by:
CQMS (Retd) Michael Colton (President Post 1, IUNVA), a member of the 33rd Infantry Battalion and part of the escort party who brought their fallen comrades home to Ireland.

To mark the anniversary the Irish Defence Forces Military Archives have created an online exhibition here.