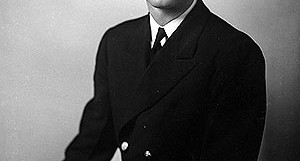 President John F. Kennedy was a great-grandson of Patrick Kennedy of Dunganstown, New Ross, Co Wexford, who emigrated to the United States in 1848 when he was 25.

As a young man Patrick worked in Cherry’s Brewery, New Ross as a cooper. His father was a tenant farmer. Times were very hard in Ireland and Patrick left in 1848 during the Great Hunger. He first went to Liverpool and then on to Boston on the S.S. Washington Irving.

Patrick met Bridget Murphy from Gusserane a village near New Ross and they married in 1849. They lived in a tenement in Noddle Island which is now East Boston. They had three daughters and a son called Patrick Joseph (P.J.), another son John died in infancy.

Patrick died aged 35 from cholera in 1858. Bridget had great tenacity and strength to keep the family going, finding work as a housemaid in wealthy areas of Boston, and subsequently worked in a grocery and bakery store, which she went on to own. She also later helped her son P.J. to purchase a saloon. She died in 1888 in East Boston, aged 67.

P.J., a tee totaler married Mary Hickey and became very wealthy from his saloons and wine and spirit importation business, P.J. Kennedy and Company. The Kennedy political legacy started with P.J. who served five consecutive one-year terms in the Massachusetts House of Representatives, followed by three two-year terms in the Massachusetts Senate. They had a son Joseph who married Rose Fitzgerald, who in turn had nine children, one of whom was elected the 35th President of the United States of America. The rest as they say is history.