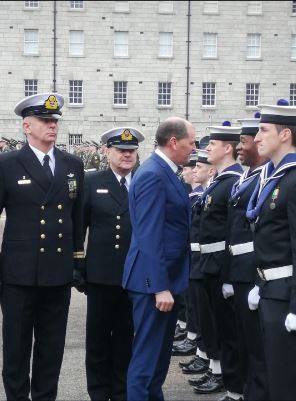 Photos by Michael Coyne and Wesley Bourke Celebrations took place today in the National Museum of Ireland, Collins Barracks, to mark the 90 anniversary of the formation of Reserve Defence Forces. Although reserve elements had been experimented with by the fledgling Irish Defence Forces the first formal reserve component opened up to the general public